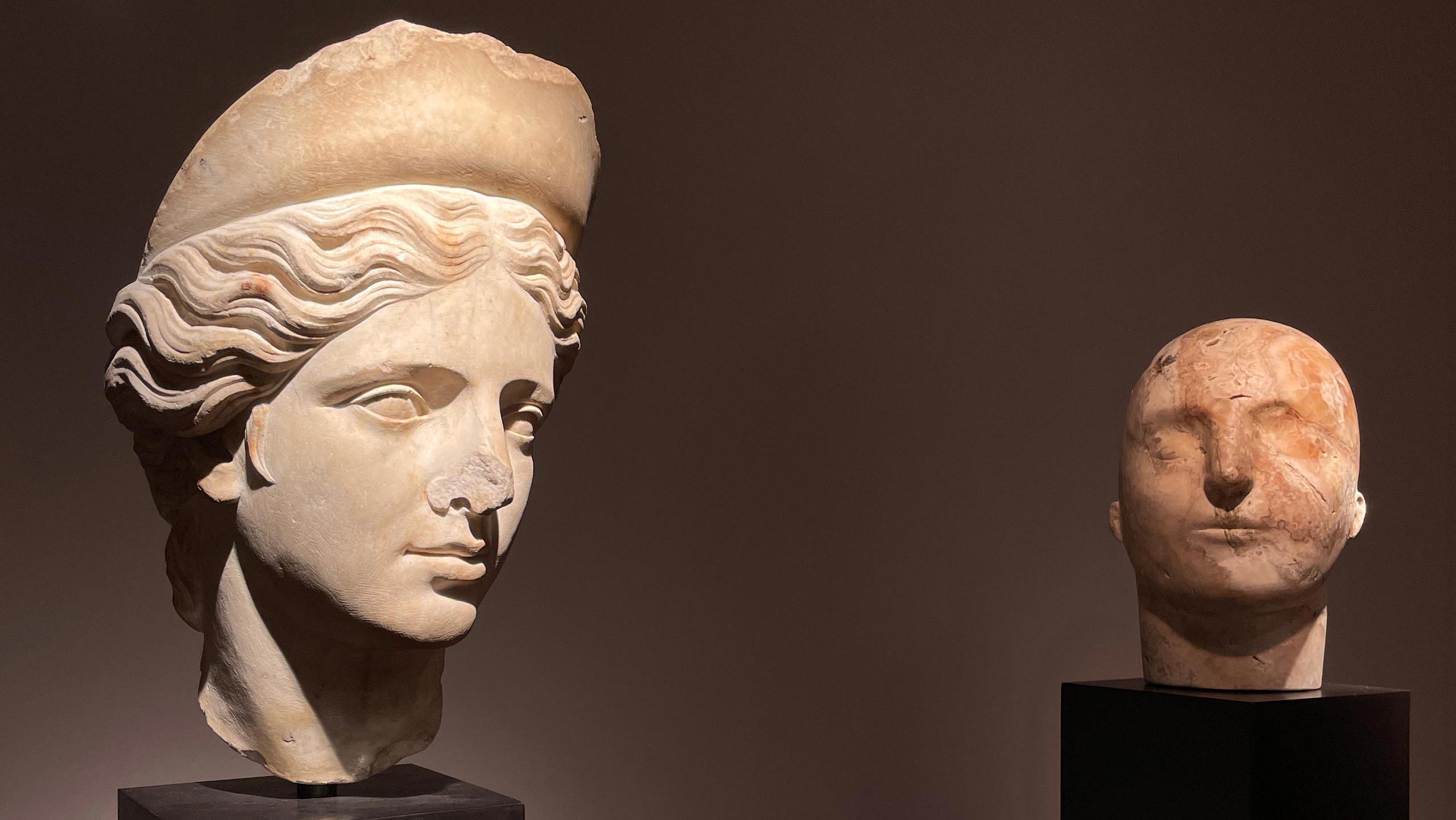 The first physical cultural traces of our hominin ancestors can be found in tools made of worked stone. Evidence of these worked stone tools date back some 3.3 million years. They were unearthed from the shores of Lake Turkana in Kenya.

Since then, over those millions of years, humankind’s cultures and our relationship with the planet can be most clearly seen through the enduring material of stone. Any organic traces of manufactured objects soon disappear as they degrade back into nature. Both in terms of objects and later, architecture, we can achieve some understanding of ancient cultures, or, at the very least, some connection. The stories that have survived from more recent stone remains are not so different from our more thoughtful contemporary preoccupations: our survival, and our origins – and the desire to understand the source of the power/s that the universe we see around us.

In the 1800s geologists were able to push back the plausible dates of the age of the planet by millions of years by observing the fossil record, preserved in natural stone. This allowed Darwin for instance to formulate his breakthrough theory of evolution, as the new time frame was so much deeper than previously understood. (Bishop Usher in the 1700s had worked out that the world was created in 4004 B.C. according to biblical texts). Thus the history of the Earth, and soon afterwards our knowledge of the age of our solar system, (4.5 billion years) our galaxy (13.4 billion), and ultimately our universe, (13.8 billion years) has been revealed through studying the rocks beneath our feet.

“To see a world in a grain of sand,
And a heaven in a wild flower,
Hold infinity in the palm of your hand,
And eternity in an hour.”
William Blake – Auguries of Innocence. 1803

In Greece, around three and a half thousand years ago, the European project of evidence based science and logic began. The natural world became the subject of study, as did the nature of our humanity. Philosophy, logic and mathematics flourished. The first anatomically correct sculptures of humans and animals were born in this period. To understand a thing was to have some power over it. The study of the natural world, definitions of classes of entities based on observation and evidence, of types of thinking, of modes of being, of philosophies as ethical and reasonable life choices, all these were born then. The works carved in stone were probably the most skilled ever to be produced. In other parts of the world similar exceptional ways of thinking were manifested in stone, Buddhist sculptures for instance.

The twenty first century finds us in a philosophical and environmental chaos, a kind of nightmare in a potential paradise. Technology and ethics fight for the middle ground, while around the world the land literally burns, floods destroy, and the heating seas become dangerous to life: the old waterways run dry, glaciers and poles melt. It’s plausible, we are told, that in the years to come, humankind’s numbers will dwindle, possibly to extinction: technology may save a few of us. Many of our descendants and our fellow creatures and life forms on Earth will be lost in the future times of heavy climatic pollution – climate chaos: brought on by us, humans living now. Maybe not, maybe the world will be mended again. Both possibilities are real, a completely new experience for humans, and the stories of destruction are incomprehensible and terrifying. Cassandra lives again.

In centuries or millennia to come, who will still live on Earth? Who will look back at us and read signs of our lives and civilizations? What will they see? What will they, or it, understand of us? Stones carved in this contemporary world have a good chance of enduring into unknowable futures, where, like the stone carvings and buildings we see now from thousands of years in the past, they’ll bear some kind of witness to us.

A stone carver can put into the working of the stone their thoughts, questions, dreams. Those carvers from history, across the globe, with skill and poetic justification, live on with us now, telling us elements of their thoughts, questions and dreams. Carved stone manifests the purposes of art, of poetry, in cultures around the world throughout human history. Stone endures. It can hold beauty for us.

These are the thoughts that now run through my life and work, and which I carve into stone. In nature, stone can tell us more than we knew we knew: the fossil record has allowed us to see into the geological past, and it’s shown us how to look further out, into deep space and deep time; we get a sense of how big is our world, and our universe. And also it’s shown us how to look further in, into the nature of matter, energy, time, and consciousness: both, outwards and inwards, show us how little we know, how little we are. How we stand at a convergence of these two realities, the vast outside, and the unimaginably small, marrying them together in our human endeavours.

The stones worked those thousands of years ago, Greek, Etruscan, Roman, carry the power of the first assays into manifesting extremely complex realities, a culture that tore through the whole of the Mediterranean and left a vast amount of carved and built stone for us now to admire, wonder at and treasure. It’s the reason I live on the Tyrrehnian coast of western Italy, watching the seas where Odysseus sailed. It’s not so long ago, from my point of view, compared to the billions of years since the creation of our universe. I claim the Archaic Greek sculptors as my teachers, my guides. Look in, to your mind and heart, look out, to the star-studded night sky, and keep looking. It’s the only thing that begins to make sense.

There are profound mysteries in our lives, where we’re blind and helpless in the face of nature. And we have to see ourselves, as the saying goes, through a glass darkly. To carve a thoughtfulness into a stone, and bring the touch of a human life, a dream of beauty, of compassion, to a rock, whose existence is so wild, so simple and so much more ancient than ours, is a call, a bleat, into the future from us, now. The ancient Greeks still call to us from their time just as I desire my work to call to some unknowable future.