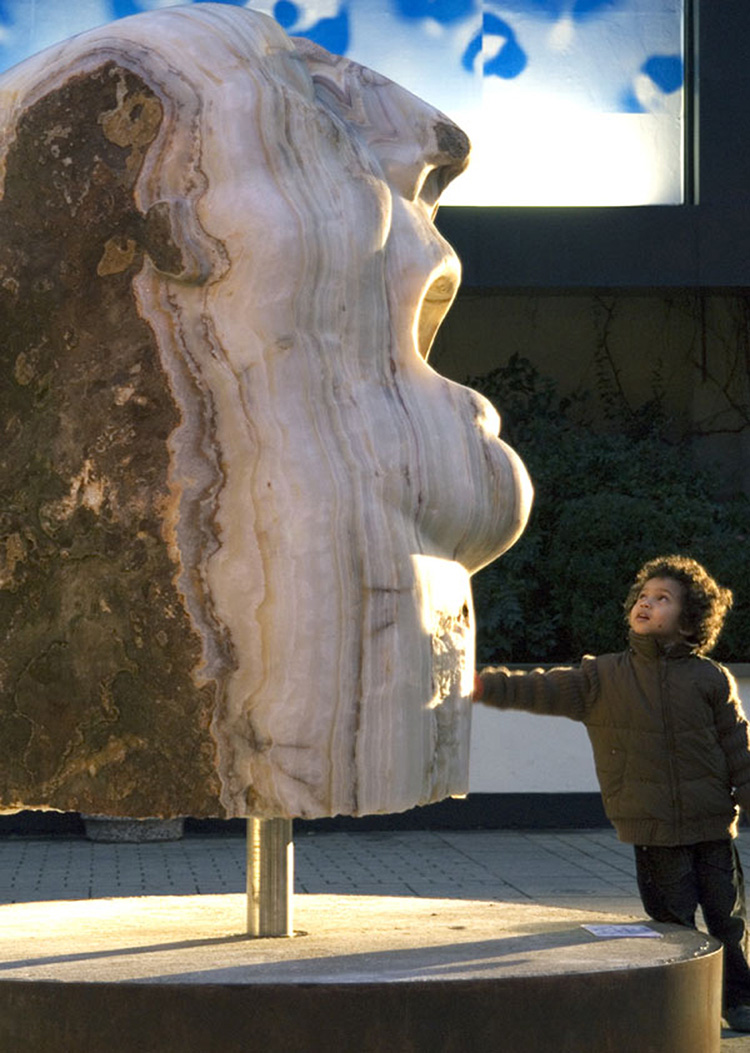 The sculpture was carved with an acknowledgement of human frailty in the face of death and loss and change. It’s a monument to those in the future, who come after us, who will bear the dreadful repercussions of the profligacy and cruelties of our time.

In the age of this piece of stone, in the hundreds of millions of years shown in the physical, material presence of it, and its variegated beauty, lies the story of it’s formation through deep geological time; geology and physics can read in stone the creation of the planet, it allows us to imagine the cosmological time scale, the billions of years it took for our solar system and galaxy to form. We can start to get a hint of a sense of the pace and power of the creation of our planet, and our universe…….. a notion of where, and what, in fact we are.

Along side the howl, there is also the grace that comes with the recognising knowledge of how purely beautiful is the planet, in all its complexity, and the love we have for it and all its inhabitants, the total biosphere of miraculous life.

And how full of sorrow and bewilderment we are for what we have lost, and are losing; and how gently, we might one day surrender to the sense that now we are here to serve the Earth, and the Earth’s future…our future in the fullest sense.